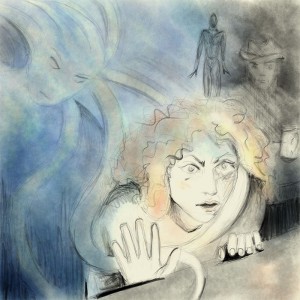 Centuries in the stars and we’ve found life a-plenty, but none of it culture-generating. Dominant theory is that we are on the Vanguard of higher-order emergence–the first, the loneliest of all.

But we are not the first. Though we might be the second. We are not, and have never been, alone.

We made first contact with the élan vitals 31 years ago, when Strange Navigator sought Freedom’s founders and Tactile Moment became the first to bridge the worlds. The élans are ancient, immortal, and live according to physics we’ve yet to understand. Still, humanity’s thoughts and beliefs are the biggest–perhaps only–threat they have known. They change us. We change them. We generate feedback; we resonate. We are an ecosystem capable of creating peace or destruction, and our communication is clumsy at best.

Strange Navigator, Liquid Constraint, and most of the originals have withdrawn; we don’t know where they’ve gone. But the parts of themselves they left behind for us remain in resonance with Freedom’s Pathfinders and Cantors, within freedomtech and along with the élan vitals of local places dwelling in planetary fields, wireless, and starsong.

Shhh. All this is secret. 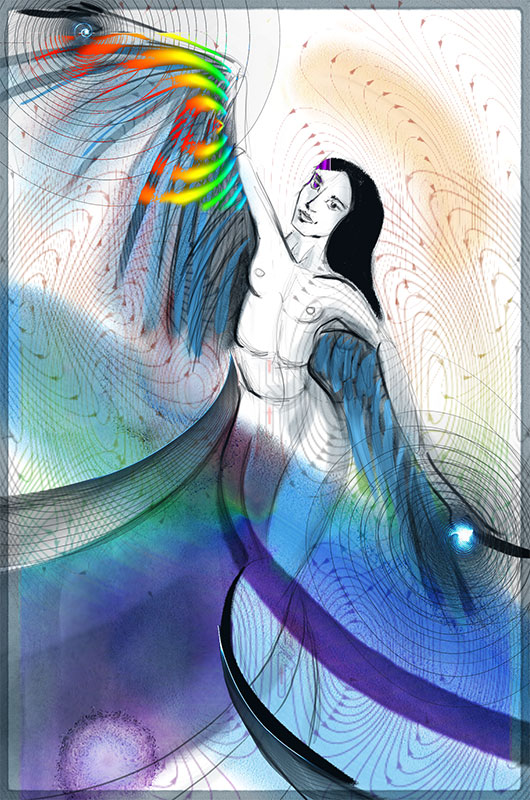