I transitioned from physical to digital art in late 2013 after being forced to close my studio in 2008. This is the earliest digital drawing I have of Caran, and one of my first digital drawings after the five-year break from vis arts. I drew it with my Wacom Intuos 4, which I had for manipulating graphics at work, and Painter 12, which I’d had for about a week. 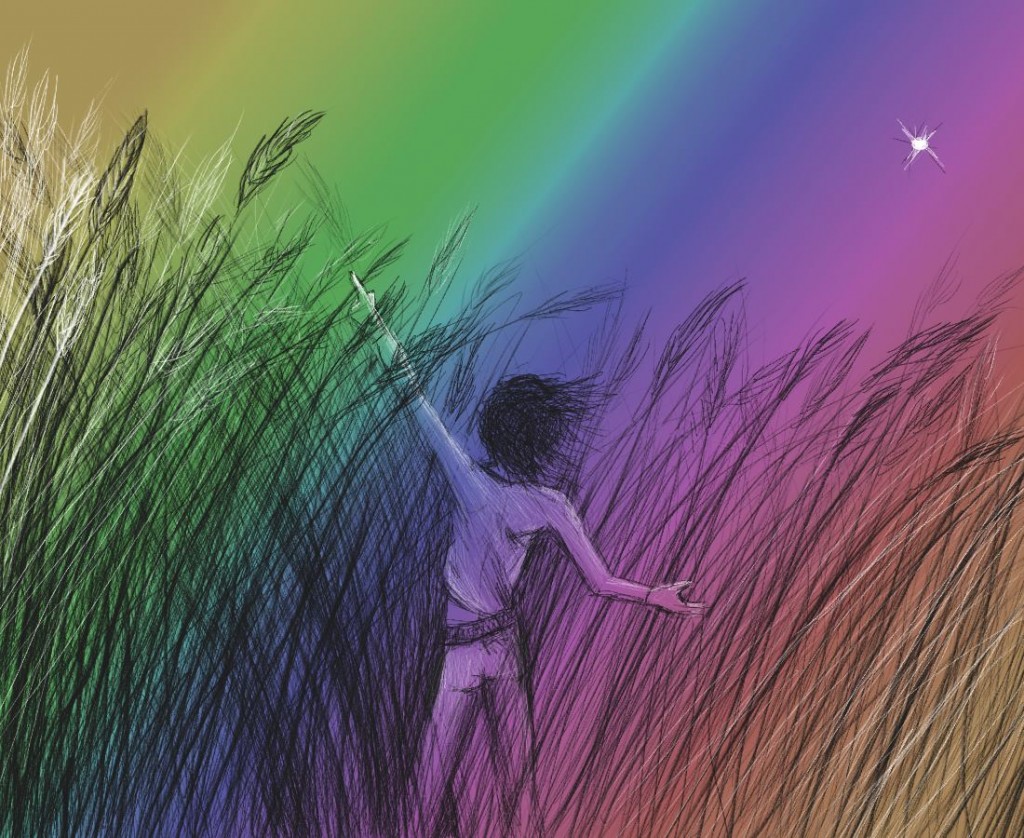 Story-wise, it’s four years before Djen picks Caran up from the wheat colony and six years from the episode 1 storyline. He’s singing and wishing on the evening star, not understanding that the Muse is, quite literally, broadcasting the wish to the stars and setting in motion the events that draw Djen to find him.

Process-wise, it began my long struggle with the Intuos. It’s a remarkable device, the pressure sensitivity is phenomenal, the control head-over-heels above a mouse. But having the mark show up elsewhere than where my hand was heading — on the screen, not on the tablet — fouled me up. Straight lines, round circles, and other marks requiring my eye to fix on points ahead of my hand were impossible. I relied heavily on the mover tool to place things precisely. There were hard limits given my analogue training.

So I hung the screen display carrot on the finish-grad-school stick. And when I finished up, I switched to this. 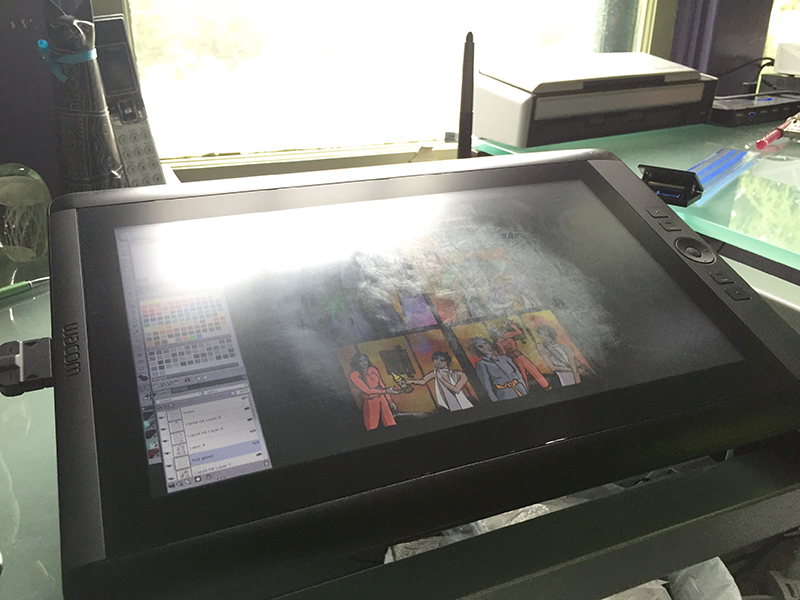 My current tools are a Wacom Cintiq 13 HD Touch and Painter 2016. I’ve had a lot of letting go of analogue habits and learning what uniquely digital media can do, and I feel like I’m still fighting to remember how to draw properly after all those years off. But I love these tools. Beware further geekery regarding them.